Posted By : admin
Comments : Off 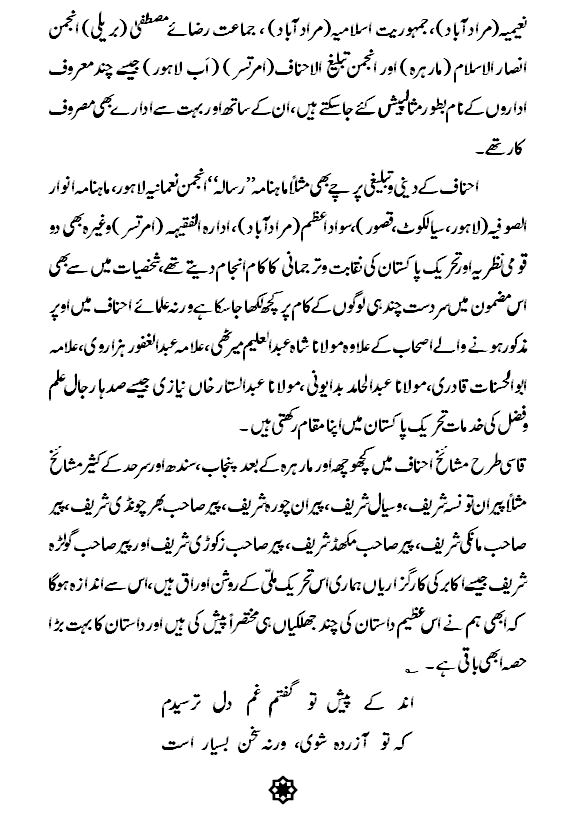 Born in 1923 at Manki Sharif in a renowned family of religious scholars, Pir Aminul Hasanat, known as ‘Pir Sahib of Manki Sharif’, acquired religious learning and spiritual accomplishments at a very early age. Because of his saintly character and piety, he commanded great respect and influence among the Muslims of the Indo-Pakistan Sub-continent.

Soon after joining the Muslim League in 1945, Pir Sahib of Manki Sharif toured the North-West Frontier Province (NWFP) to win support for the Muslim League. He invited Quaid-e-Azam to tour the

Province worked indefatigably for the cause of Pakistan won sympathy of the people of the NWFP for the Muslim League. On October 1, 1945 he organized a historic meeting of the Ulema and Mashaikh at Peshawar, which passed resolutions expressing full loyalty with the Muslim League and reposing complete confidence in the leadership of Quaid-e-Azam.

For his scathing criticism of the Indian National Congress he was imprisoned by the congressite Government led by Dr. Khan Sahib, the then Chief Minister of the NWFP. He played a pivotal role in securing thumping success for the Muslim League in the Referendum held in NWFP in 1947, which decided the accession of the NWFP to Pakistan.

This is historical fact that 99% Sunni/barelwi Ulma were supporting Pakistan where as 99.9% Deo/wahabi ulma were against Pakistan.